Norse Mythology and Runes in English

The Creation of the World - The Giants, Æsir, Men and Women, Dwarfs, Vanir and Elves

The Plains of Ida: Valhalla and Yggdrasil

Loki and his Children

The Goddesses - Frigg, Jord and Freyja

The forces of Nature - Ægir

The Heroes and Life in Valhalla

The Treasures of the Gods

The Rape of Idun

The Necklace of the Brisings

The Death of Balder

Other Norse Myths Concerning the Death of Balder (in Saxo)

Ægir's Banquet - The Chastising of Loki

The Death of Kvasir - Suttung

Ragnarok - The Twilight of the Gods

Katherine Boult - Heroes of the Norselands (1903)

William A. Craigie - The Religion of Ancient Scandinavia (1914)

Karl Mortensen and A. Clinton Crowell - A Handbook of Norse Mythology (1913)

Andrew P. Fors -The Ethical World-Conception of the Norse People (1904)

Hélène Adeline Guerber - The Legends of the Rhine (1895)

Annie Keary and Eliza Keary - The Heroes of Asgard (1909)

Rudolph Keyser - The Religion of the Northmen (1854)

From Tacitus, "The Agricola and Germania"


The runes is the oldest writing system known from Scandinavia. According to Håvamål (138-145), the runes were revealed to Odin himself while he was hanging in the world tree Yggdrasil for nine days and nights, pierced by his own spear. Knowledge of the runes were called reginkunnr - knowledge of gods - because the runes originated from Odin.

The oldest preserved runic inscription is from a comb found in Denmark, approximately from 150 A.D. It is assumed that the runes originated in southern Scandinavia, since all the oldest inscriptions are found in this area. The fact that the first runic writing system was well adapted to the Old Scandinavian language, supports this assumption. The influence from other writing systems is evident, so the originator(s) must have had good knowledge of classical alphabets. The latter is not surprising, considering that there were trade networks from Scandinavia to the Mediterranean since the Bronze Age. Since long distance trade required a level of organization and resources unavailable for ordinary people, it was probably under the leadership of local chieftains. Thus, knowledge of the runes probably originated from the upper echelons of society, also as indicated in Rigsthula.

The oldest runic inscriptions are written in Elder Futhark, a writing system consisting of 24 runes.

In addition to Scandinavia, runes was also used by Goths near the Black Sea, where some runes were used in the Gothic alphabet. Runes were also used by Franks, Burgundians, Lombards, Thyringians, Alemannis, Frisians, Angles and Saxons.

The runic writing system of the Viking Age (from about 800 A.D.) is called Younger Futhark, and consisted of only sixteen runes. This was not sufficient to represent all the phonemes of Old Norse. Many runes therefore had to serve more than one purpose. The writing system was called Futhark after the first six runes, and is arranged in three ættir (families). Why the runes were ordered in this manner, remains unexplained.


The three Viking age variants with transliteration and sound values 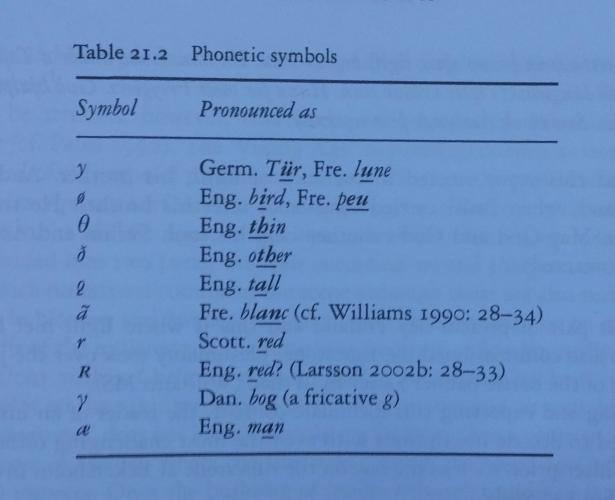